U21 Footballers Qualify for County Final 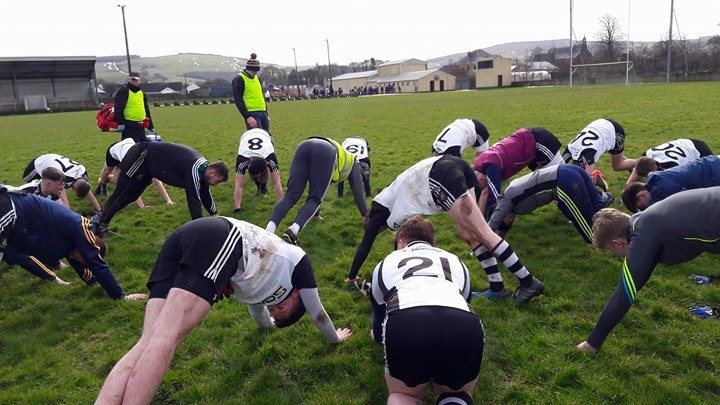 Our U21 football team had a convincing win over Borrisokane in the County U21A Football semi-final player earlier today in Templederry.  Corner forward Shane Doyle was ruled out through injury early in the week and we were dealt a further blow when goalkeeper Luke Patterson was injured in training last night.  Nick Keane replaced Shane Doyle in the starting 15 with Radek Natkaneicz slotting in between the posts.

Brackens took control straight from the throw-in and after 5 minutes it was clear that there was only going to be one winner.  JK Brackens were well on top all over the field and combined to produce some fantastic scores to go in at half time 6-14 to 0-1 to the good.  The second half continued in the same fashion and we ran out easy winners - 7-21 to 0-03 to secure a place in next weekends County Final against Moyle Rovers.

Wednesday February 1st is a big night for JK Brackens as ...

Reminder that the second night of our Operation Transform...

Award 1 coaching course underway at Our Lady's in Temple...

In conjunction with Operation Transformation and JK Brac...