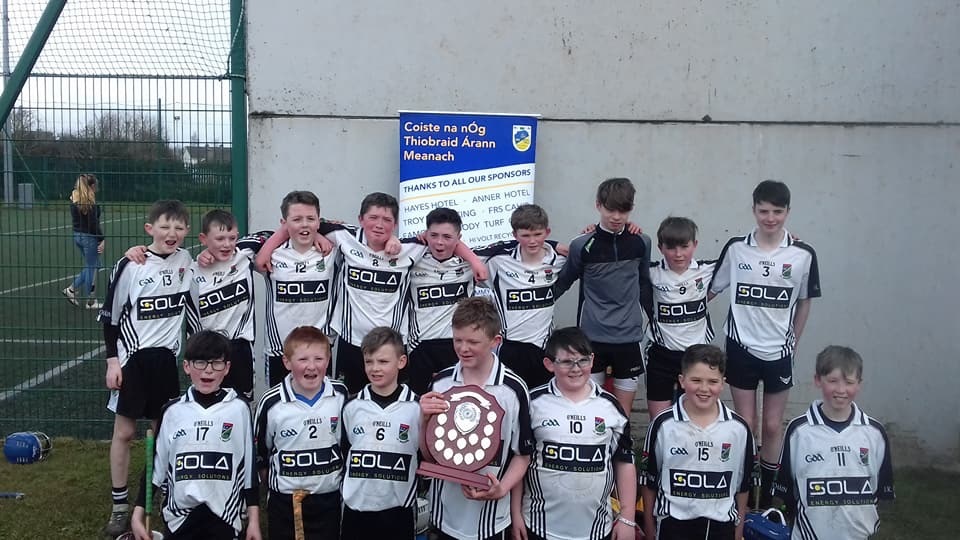 In a low scoring first half the sides were level at the break 2 points each, Brackens scores thanks to Ciaran O Shea who collected a pass from Robert Lee to claim the opening score, this was followed by a Josh quinlan point who was first onto a breaking ball from a Michael Coffey 65, Both Moycarkeys points came from placed balls from Jack Hayes.

Brackens started strong in the second half with Michael Coffey stamping his authority on the game by coming out from his centre forward position and winning the ball from the scramble at the throw in and turning and heading towards goal on a fine solo which resulted with ball in the back of the net to put the lads a goal up. Brackens next score was another goal this time from Ciaran O Shea who got onto the end of a 65 from Tom Bourke. Michael Coffey turned provider for another goal this time picking out Cormac Burke who cracked a fine shot into the top corner giving the Moycarkey Keeper no Chance. The final score of the game was again from Michael Coffey this time with a point from a free. Moycarkey never broke through the brackens rear guard in the second half which was testiment to the hard work put in by the backs. A delighted Patrick Crampton Collected the Jimmy Coppinger Mid Feile C trophy from Mid chairman Michael Delaney.

Wednesday February 1st is a big night for JK Brackens as ...

Reminder that the second night of our Operation Transform...

Award 1 coaching course underway at Our Lady's in Temple...

In conjunction with Operation Transformation and JK Brac...